Having spent her career reporting on injustice and corruption in China – including pioneering the #MeToo movement within her country – Wallis Annenberg Justice for Women Journalists Awardee Xueqin (Sophia) Huang was arrested on September 19, 2021. She remains imprisoned with no contact to her family or lawyers since her arrest. 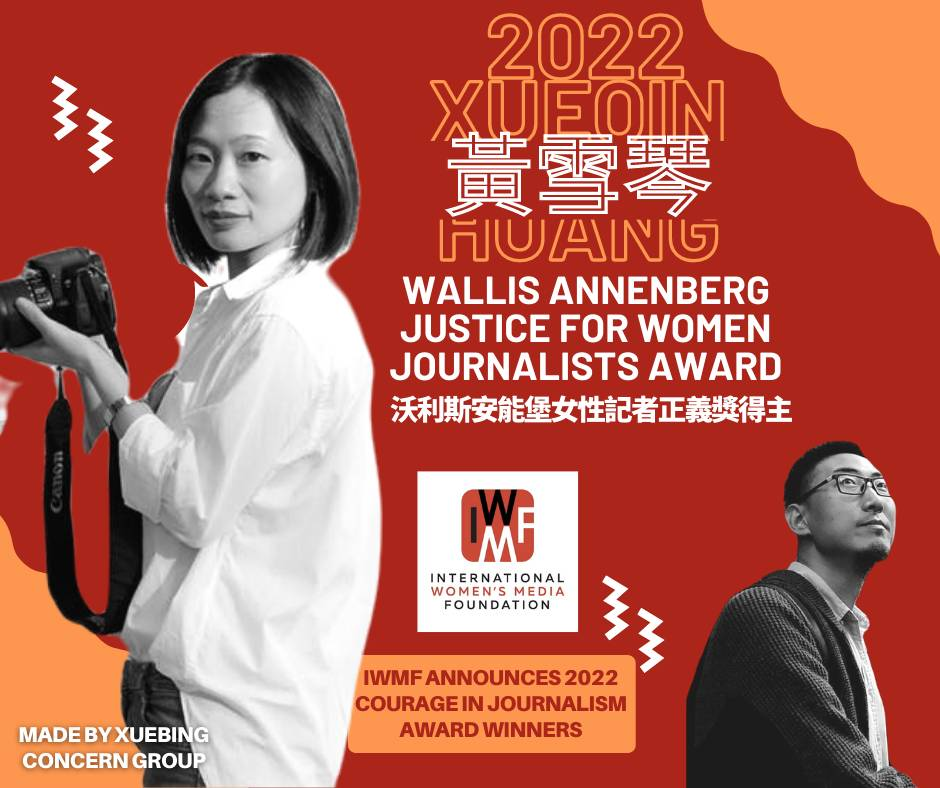 Sophia Huang is a Chinese freelance journalist, reporting on issues related to human rights and gender equality in China. She also self-publishes on Matters, an online platform for civil discourse, and shared her observations of the protests in Hong Kong in 2019. Huang described witnessing the protesters’ resiliency firsthand and including her own thoughts on resistance to political tyranny, “抵抗暴政，从生活小事开始,” which landed her in Residential Surveillance at a Designated Location (RSDL) – a form of government detention of individuals accused of endangering state security – for three months from October 2019 to January 2020.

In 2021, her article on female activist Li Qiaochu, “女性抗爭者李翹楚: ‘我有英雄情結, 但我幻想的英雄是我自己,’” published by Initium Media, received an award for Excellence in Reporting on Women’s Issues from the Society of Publishers in Asia (SOPA), an organization that recognizes individuals for outstanding journalism. Three months after receiving this award, Huang went missing en route to the United Kingdom, where she was to begin a masters program. One month later, it came to light that she was detained for, “inciting subversion of state power.” Huang is still in detention, and her case is with the Guangzhou City People’s Procuratorate.

About the International Women’s Media Foundation

The International Women’s Media Foundation (IWMF) is the only global non-profit organization that offers emergency support, safety training, global reporting opportunities, and funding for both staff reporters and freelancers, all specifically tailored for women and gender diverse journalists.

接下来阅读
【Washington Post】 33 years after Tiananmen, China crushes movements before they can start较早煎饼：你是追逐月亮的人，生日快乐！较新检索全部文章