【Washington Post】 33 years after Tiananmen, China crushes movements before they can start

Once a week, Chinese activists Sophia Huang Xueqin and Wang Jianbing gathered friends and acquaintances together, mostly just to talk.

In Wang’s single-bedroom apartment in downtown Guangzhou, attendees would share experiences about work in China’s embattled nonprofit sector, about being LGBTQ or about preserving mental health when marginalized by the Chinese Communist Party’s vision of society.

Sometimes the group just watched a film, went hiking or played mah-jongg or a board game. It was meant to be a safe and inclusive space to support one another or speak openly about ideas banned from public discourse by state censors.

Now, in part because of these gatherings, Huang and Wang face a charge of “inciting subversion of state power.”

Nearly nine months after they disappeared, the case of “xuebing” — an amalgamation of their names their supporters use — has become an example of how far the Communist Party will go to stifle ideas divergent from its own. Now 33 years after the crushing of the Tiananmen Square demonstration, authorities make sure such movements never even get started. 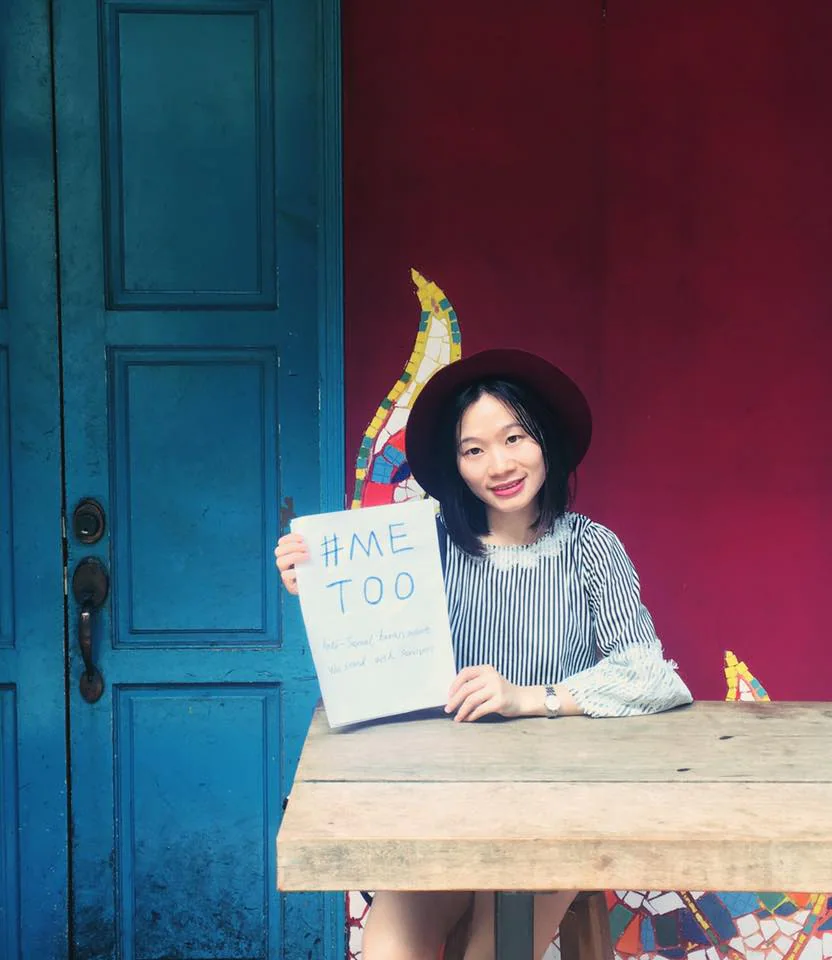 Human rights activists were critical of a visit last week by U.N. High Commissioner for Human Rights Michelle Bachelet to China, where she made only cautious criticism of a mass internment campaign in Xinjiang. Supporters of Huang and Wang voiced frustration that Bachelet spoke at Guangzhou University, mere minutes from where Wang used to live, and praised the “movements and actions of young people challenging discrimination, injustice and inequalities” but did not publicly raise the case.

Since the pair were detained in September 2021 a day before Huang was set to fly to Britain to study, Chinese police have interrogated dozens of individuals who attended the weekly gatherings, sometimes traveling across the country to track them down or picking people up on the street, close friends of the pair told The Washington Post in interviews. The questioning usually lasted 24 hours.

The individuals, who asked not to be identified for fear of reprisals, say there is no basis for considering the meetings subversive. In the process of being questioned, however, it became clear that this was the conclusion police had drawn. One friend said that the interrogators used photos from events in early 2021, suggesting they had been monitoring the group for more than half a year before detaining Huang and Wang.

Police labeling these meetings an attempt to subvert the state is “a complete fabrication,” said one close friend of Huang’s who attended the gatherings. “It’s complete bulls—, coming from their own paranoia.”

Neither the national nor Guangzhou branches of China’s Ministry of Public Security responded to faxed requests for comment. 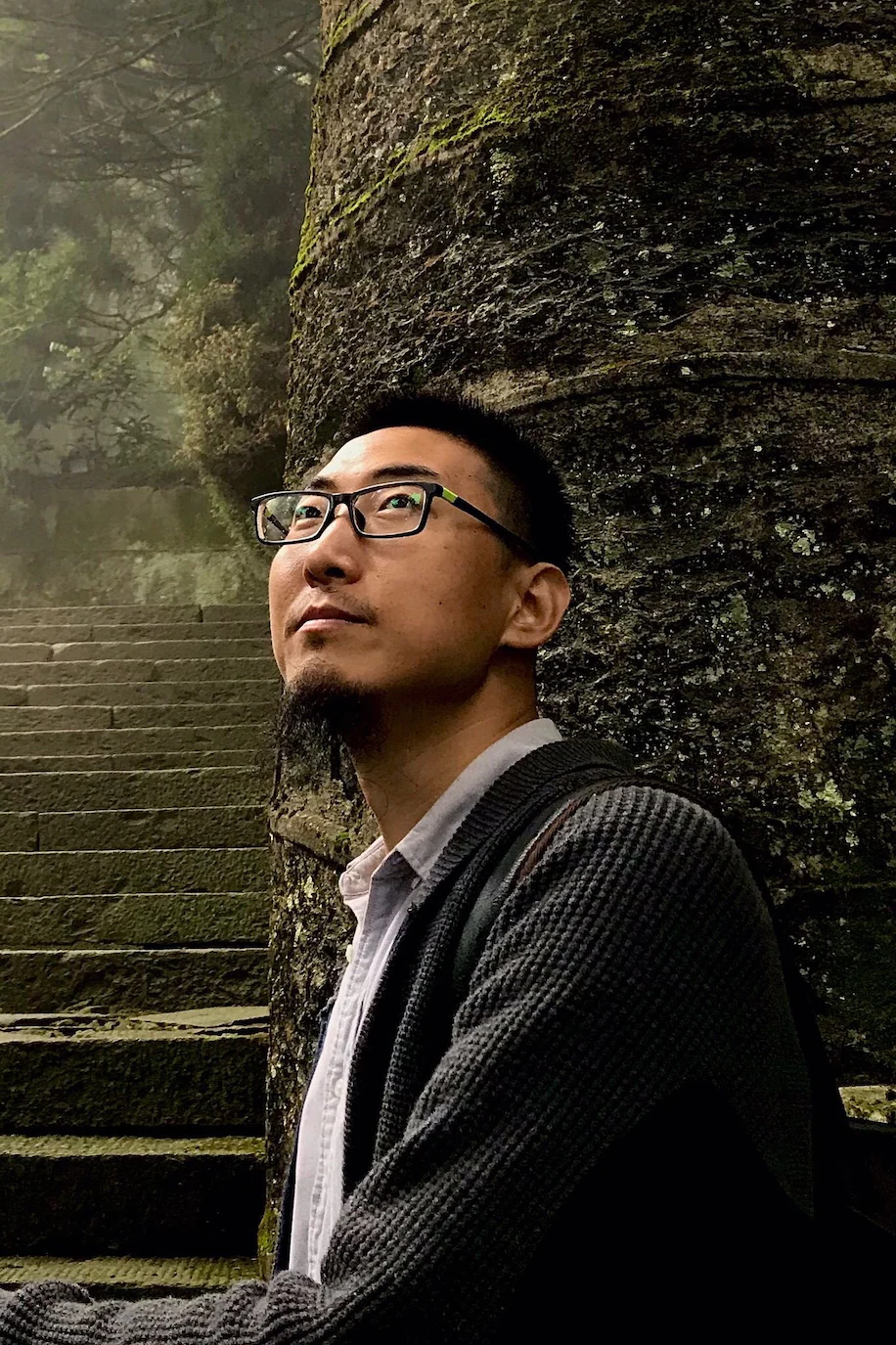 Chinese activist Wang Jianbing in an undated photograph. (Obtained by The Washington Post)

The opacity of the Chinese legal system, especially for cases that touch on national security, means the exact nature of the prosecutors’ case against Huang and Wang is still unclear, even to their lawyers. Wang’s lawyer was able to meet him for half an hour in April for the first time. Huang’s lawyer’s request to meet her client or view the prosecutor’s case against her were both denied, with authorities citing coronavirus prevention measures.

Both had previously worked on issues deemed sensitive by the Chinese state. A prominent feminist, Huang had moved from journalism to activism over the course of the #MeToo movement as she supported women to come forward with stories of sexual harassment and assault. Wang worked in labor rights nongovernmental organizations supporting workers who suffered from job-related ailments.

It’s unclear how much their activism is also considered a reason for the subversion charge. In 2019, Huang was detained for three months after she wrote articles about protests in Hong Kong against Beijing’s imposition of a stifling national security law. But friends say the police primarily appeared to be interested in the nature of the weekly meetings, as well as any international events they attended or foreign funding they might have received.

Under President Xi Jinping, the Chinese security state has intensified efforts to prevent dissent before it can take root. Cracks in surveillance that allowed previous generations of activists to gain traction are increasingly being filled in by new campaigns urging police vigilance against any sign of emerging threats to national security and social stability.

In past administrations, movements were often able to gain a degree of public traction before arrests. When the Chinese military put a bloody end to the Tiananmen Square pro-democracy movement 33 years ago Saturday, its legacy lived on in figures like Liu Xiaobo, who helped to write and promoted a manifesto known as Charter 08, which in 2008 urged an end to one-party rule.

After the document gained thousands of signatures, Liu was imprisoned for “inciting subversion” — the same crime of which Huang and Wang are accused — shortly before he won the Nobel Peace Prize. His death from liver cancer in 2017, while under the watchful eye of Chinese security agents, drew an outpouring of grief from liberal Chinese. 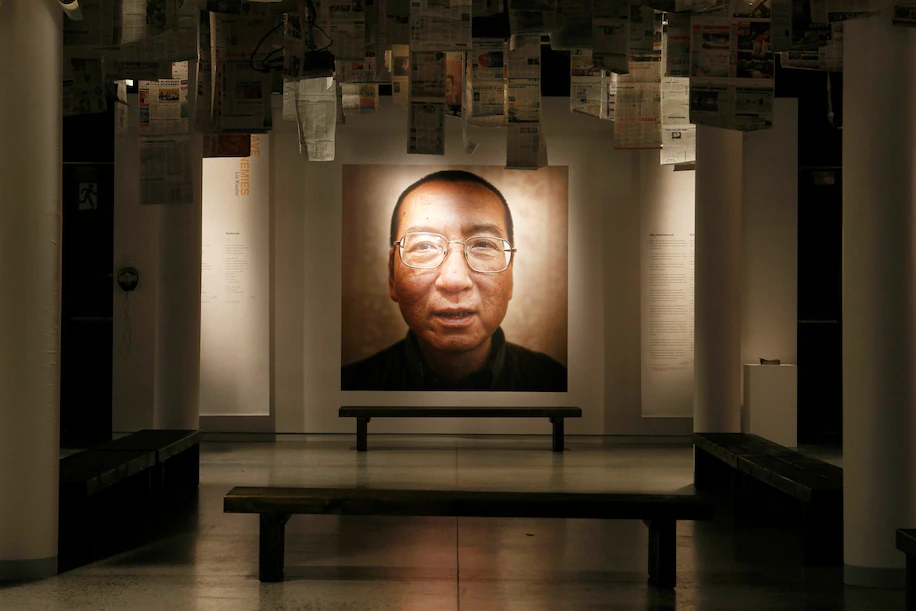 A later “rights defense” movement largely abandoned calls for democratization in favor of demanding basic civil liberties for the downtrodden. Lawyers and activists defended victims of forced eviction and HIV spread by unclean needles or practitioners of the banned Falun Gong spiritual movement.

Again, these efforts were crushed in crackdowns that culminated in a sweeping campaign launched on July 9, 2015, when dozens were detained overnight.

Since then, the government has sought to guard against both the reemergence of older movements and the arrival of a younger generation like Huang and Wang’s, which focuses more on the preservation of personal dignity and individual well-being.

Rights lawyers now struggle to take on sensitive cases because of an increasingly delicate system of control that has been built in recent years, according to Mina Huang, a Chinese human rights attorney. She also worries that the normalization of data monitoring during the pandemic will worsen the situation.

“The work done by Huang Xueqin and Wang Jianbing was very meaningful. It gave young people a space to become aware of this era and our situation,” she said. “The charges against them are typical of the suppression of young activists. The authorities are afraid the younger generation will become active.”

According to friends of the pair, the idea of starting a movement was far from their minds when attending gatherings in Wang’s apartment. Many, including Wang, were struggling with depression and anxiety at a time when civil society was under attack.

Over tea, wine and fruit provided by Wang, they would discuss their personal struggles alongside the issues of the day. “It was not about how to respond. It was about how do we understand what’s happening. Because we didn’t think we had any space to perform any kind of activism,” one friend said.

Another friend lamented the authorities’ knee-jerk intolerance to communities operating beyond its control. “But not every meeting is about the CCP. Not everything is about you guys.”

Pei Lin Wu in Taipei contributed to this report.