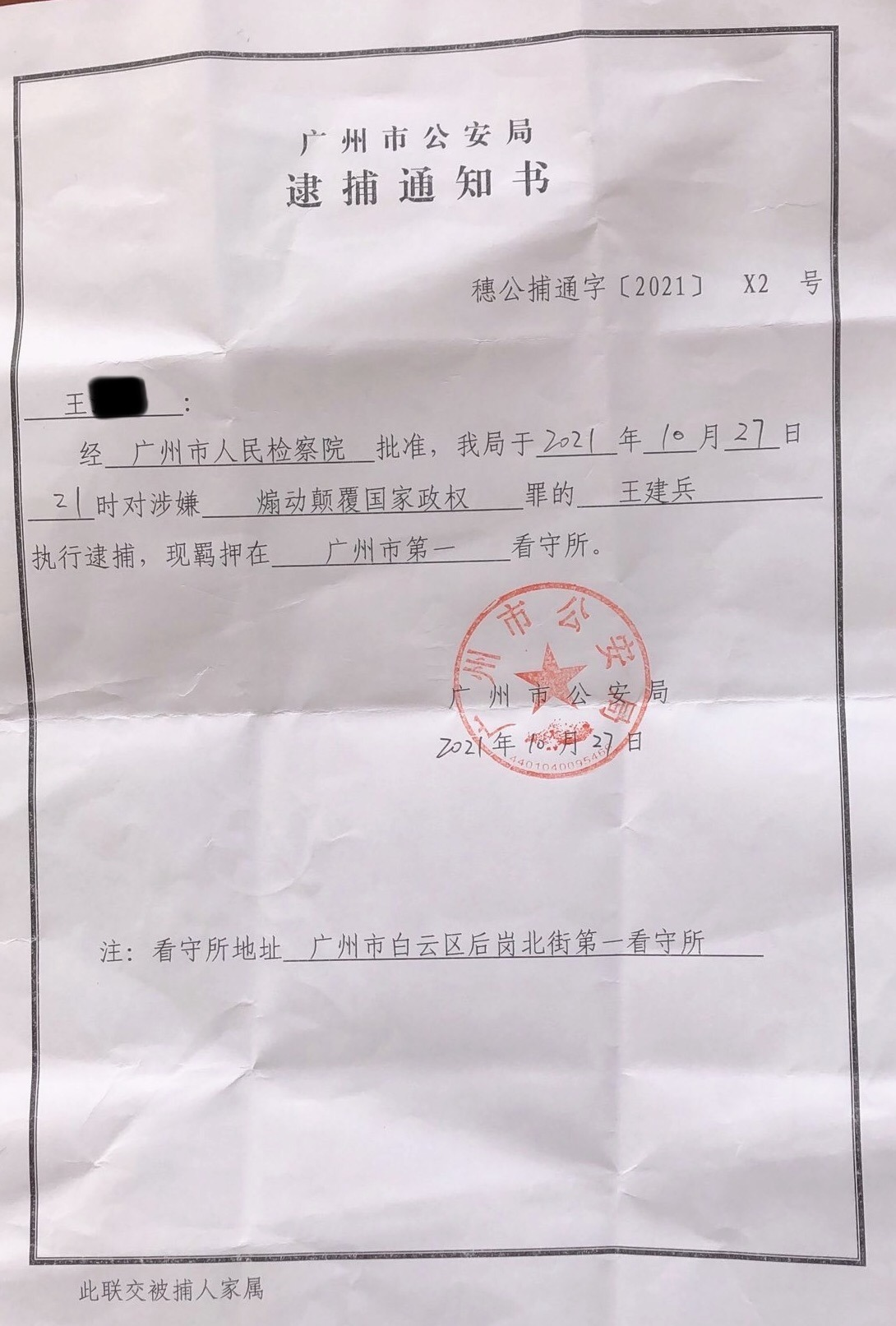 On Nov. 5, Wang Jianbing’s family received a “Notice of Arrest”, with a special letter No.[2021]X2 issued by the Guangzhou Public Security Bureau, informing that he had been accused of “Incited Subversion of State Power”. According to the notice, Wang has been detained since Sep. 19 and officially arrested on Oct. 27 and is now detained in Guangzhou No. 1 Detention Center. Huang (Sophia) Xueqin’s family received similar notice too.

After Wang Jianbing and Huang Xueqin were forcibly disappeared on Sep. 19, 2021, the Guangzhou police deployed national security concerns as a “justification”, refusing to provide the family any information related to their charge, location, or any procedural information about the case. They also refused to let Wang’s family member enter his apartment, requested the family to remain silent on the case, and refused Wang’s lawyer’s application for visiting in the name of “verifying the identity of the lawyer”. This is the first time that Jianbing’s family has been informed of his situation 47 days after his forcible disappearance. After being informed of the arrest, relatives and friends tried to deposit money for the two through the online prison remittance system, but both showed “verification failed” and the remittance failed.